Could the vigilante be back?

Fans think the series might include another surprise character, Ghost Rider. The theory is based first on the statements of the director of the series, saying that there will be many surprises. Additionally, fans are basing their take on the recent She-Hulk trailer, which appears to include Ghost Rider references.

Was Ghost Rider in the She-Hulk trailer?

New She-Hulk trailer could allude to the introduction of Ghost Rider into the MCU. Show director Kat Coiro said She-Hulk would have “some big fourth wall surprises coming up.” Does this imply that She-Hulk might meet other Marvel characters, including Ghost Rider?

Fans seem to think so. It all started when Entertainment Tonight released a featurette, and the @OneTakeNews Twitter account noticed the inclusion of a poster that appeared to reference Johnny Blaze. Fans immediately noticed that the number of letters for the name does not match “Johnny”. On the other hand, others mentioned that it sounded more like “Donny”.

Fans then continued to analyze the featurette and pointed out that this poster appears in a scene where Wong appears to be interrupting a magic show, which could confirm that Donny Blaze is a magician. In the She-Hulk: Lawyer trailer, we see this same magician in minute 2:19. Theories say it could be a reboot of Ghost Rider’s origin story. However, others think “Donny Blaze” could be Marvel’s way of foreshadowing Ghost Rider’s introduction to the MCU. One unlikely thing is that Nicolas Cage will play this character again for Marvel. Still, we know that Ryan Gosling has confessed huge interest in playing this classic role. For now, it’s all conjecture, though the theory makes some sense, as it would bring back a Marvel character who hasn’t been around for a while. These images could indicate its appearance in She-Hulk or at least confirm that we will see it soon.

What are the real odds?

The possibility of seeing Ghost Rider in She-Hulk may be high considering Marvel is reintroducing forgotten characters. We also have to remember that Ghost Rider has been linked to the Hulk before in the comics. First, he appeared in the World War Hulk comics, where Hulk fights Jhonny Blaze in this crossover. 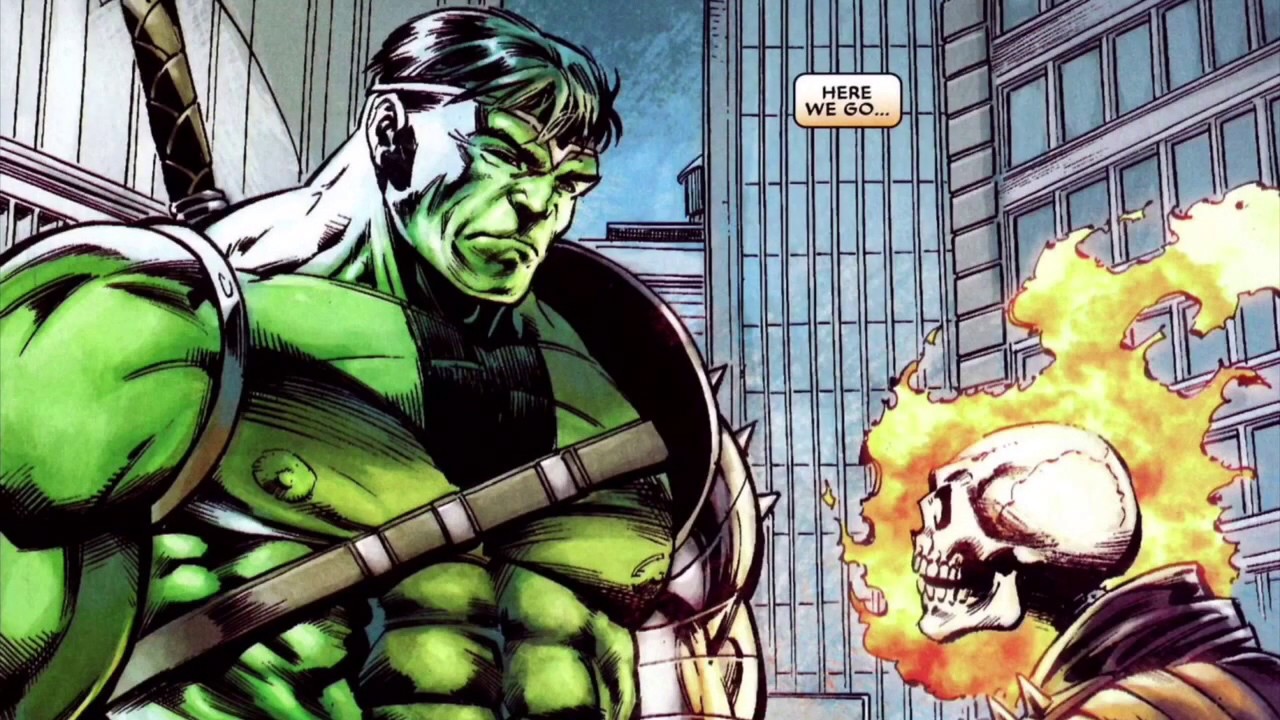 Another similar appearance is in the animated series, in which the Hulk is responsible for multiple destruction and injury in the city. Ghost Rider believes the news and sets out to hunt down the green giant. However, he sees the truth in Hulk’s friend’s memories and helps him escape from the military. Ghost Rider’s connection to the Hulk could mean a direct connection to his cousin, She-Hulk. He could appear while Wong is hunting different demons and creatures, trying to send them to hell.

A final possibility concerns the legal aspect of the show. Maybe Jennifer Walters will end up representing Johnny (or Donny) Blaze in an upcoming lawsuit. For the moment, we will have to wait for the surprises promised by Kat Coiro, the director of She-Hulk. The show will premiere on Disney+ on August 17, when we’ll finally find out if Johnny Blaze will make his way into the MCU.

If Ghost Rider finally makes it to the Marvel Cinematic Universe, who would you like to see play this iconic character? Write their name in the comments section!